To celebrate the anniversary of my being associated with MedStartr, the healthcare-specific crowdfunding platform that is poised for some big things, I decided to write my first blog-post! So strap in and read away!

P.s. There is a tl;dr version at the end - if the character count on this post is really freaking you out!

In the last year I have seen at least 100 different startups start their projects on the MedStartr platform. About half of those have completed and started a campaign, the other half found the new Adam Sandler comedy on Netflix, and probably never recovered. Now MedStartr has a fairly detailed application process, geared to separate the wheat from the chaff. But what stood out most to me was the fact that even after setting up the projects, most of the founders and their teams, don’t put enough effort into what would make a successful campaign. And yes, those that do, definitely see success – which could have many forms – actual money raised, awareness, partnerships, and a few times even exit opportunities. Maybe even a new girlfriend / boyfriend.

I see that most entrepreneurs post their projects and put them on autopilot. Expecting to get ‘viral’. Just because, you know, crowds! Umm, nah. That just doesn’t happen. Not unless you have one of the Jenners in your promotional video, which I suspect, most don’t. 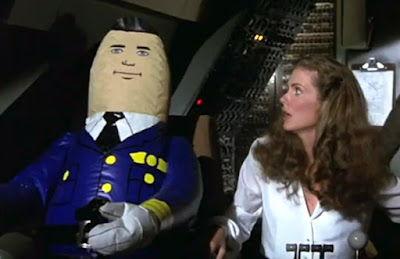 While other industries have had those examples, mainly because they were just awesome products or widgets that were indeed able to garner word-of-mouth support very quickly (sign me up any day for one of those spinner toys or that pen that is also a speaker and a charger and a projector and a bottle-opener and a transmogrifier!). But even in those industries success depends on how much work you have put in, usually months in advance. I have spoken to many ‘marketing’ services that provided assistance to help run those successful campaigns and they all had significant activities and large-scale efforts that went into making those successes. A lot of internet buying history. And more than the ordinate amount of facebook-stalking. What may appear like a cushy viral success, was more than likely a really well planned Sun Tzu inspired war-scale operation. And healthcare is even tougher.

A good example of a successful HC product that was on our platform was EllieGrid, a smart pill-box (which also raised a ton of money on IndieGoGo), and Mymee, which is tackling the Autoimmune Disease cost epidemic and has a product people can already use. I have personally seen the amount of efforts both these teams put in to make their campaigns a success. And this was when these were products that you could touch / feel / explain in a sentence. But oftentimes there is no product that you can offer to your crowd supporters, or at least usually nothing in the short-term. That ‘nano-lipolic anodying estomerase solution that attaches to the critarionic receptors of hemolyzed inflammatory complement residues’ and will fight all cancer, sounds great on paper, but you lost most people at nono-lipolic. You will need to put in a much harder effort.

The still nascent crowd-equity piece, where crowds own a piece of the company in return for their $ support, requires somewhat larger investments, so the crowd involved is different. And they definitely want to see some form of validation. Meaning even they need to see others support your project in some way shape or form. An example of this being done right is National ACO, which is raising equity through our partner YAC and has reached out and engaged their staff and networks in multiple ways. They have gone about this as a strategy project and have even had us talk to their staff on social-media strategies to build further support for their project!

(BTW – if you are one of the projects on the platform reading this, we are happy to help all of you with all these efforts. We want to help you succeed, just send us a note. Off-course, we will read those notes quicker if they are wrapped around boxes of girl-scout cookies or anything above an 80-point Cabernet.)

What does this all mean? You will need to put in a lot more effort in making a healthcare crowd-funding a success. Think of it like a giant bag of pop-corn, that starts-off awesome, but soon becomes too salty and you are left searching for soda. So please, plan ahead. Save a bunch of puppy videos to tag your message on to. Yeah, everyone watches those! But in all seriousness, there are a lot of resources out there, use them. MedStartr School has a bunch of those, feel free to use these resources and spread them far and wide. (Our platform or not, we want everyone to win.)

So here is the tl;dr version - Strategic Crowd Engagement is the key here (apologies for the clichéd buzzword), and not everyone seems to plan for it. To lay it down plainly, in crowdfunding if you are not going to engage the crowd, the crowd will be your down-fall.